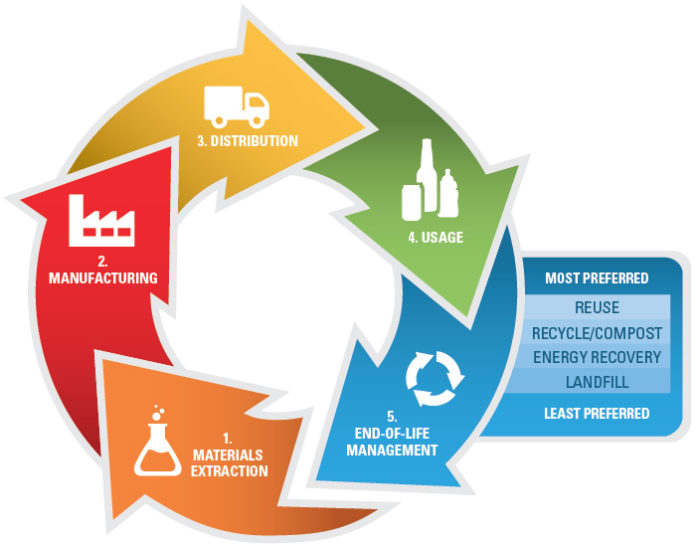 Everyday garbage from houses, schools, and businesses is included in municipal solid waste including organic material which can be decomposed.

These materials emit carbon dioxide & methane when they are broken down by bacteria. Anaerobic digestion occurs in the absence of air, whereas more carbon dioxide is produced when air is present during waste biodegradation.

This is a process that happens in nature and makes methane from organic matter. This is important because methane is a much more powerful greenhouse gas than CO2, and limiting its release can slow down global warming.

The Waste Sector And Climate Change: What Are The Risks

This means that a lot of the countries and territories in the Pacific are low-lying and have very little land space. This makes it hard to find places where waste can be thrown away.

Many dumpsites are in swampy areas, and close to the coast. Sea levels will rise as a result of global warming, which will flood and inundate more coastal dumpsites. This will lead to more pollution of coastal water & marine ecosystems with harmful landfill leachate.

Rainfall patterns are changing, or the intensity of storm events is likely to get worse as the planet gets warmer. There is the chance that these events could damage infrastructure & property. Most of the waste from a disaster will end up in landfills or dump sites.

A better way to deal with climate change is to not need as many landfills. This could be done by limiting the amount of waste that is made, such as by banning the use of plastic bags or putting an age limit on imported cars, and by recycling and reusing as much of the waste as possible.

It is best to put waste that can’t be reused or recycled in landfills. They are built to withstand the effects of climate change, like heavy rain and flooding on the coast. To deal with disaster waste in the future, Pacific Island countries have to come up with disaster waste management strategies and put them into place.

The Science of Waste

Mineral wealth like water, fuel, metal, and timber are used in the manufacture & incineration of inorganic waste, resulting in the release of greenhouse gas such as carbon dioxide & other pollutants.

Every stage of plastic waste’s life time contributes to greenhouse gas emissions. Oil, gas, and coal are necessary for plastic extraction and transportation. The manufacture & disposal of plastic also generates a significant amount of carbon dioxide.

One of the biggest contributors to greenhouse gas emissions is waste management, which includes transportation, incineration, and other processes.

Ways That Can Help

What Role Does Plastic Have In Climate Change

Predominantly, plastic is manufactured from fossil fuels (such as ethylene and propylene) (mostly oil and gas). During the extraction, transportation, and production of plastic, tons of greenhouse gas are released into the atmosphere.

However, in those poorer countries, poorly-regulated incineration poses significant health and environmental risks. Estimated manufacture and incineration will cause 850 million tonnes of greenhouse emissions to enter the atmosphere this year alone.

The only solution for the current situation is to reduce the amount of single-use plastic that is produced and to increase recycling.

The WWF (World wide fund for nature) has a major focus on reducing plastic consumption and waste creation. In order to reduce greenhouse gas emissions, contribute to climate change reduction and maintain marine ecosystems, it is very essential.

Climate change is projected to have a significant influence and a good waste management infrastructure is becoming more critical than ever, there are some risks that must be taken seriously.

Landfills have been around for a long time. Biodegradable component has a long-term contamination risk because of its slow breakdown and the lack of flushing of leachate via the stuff contained in it. The current infrastructure might risk getting flooded as a result of more intense weather conditions.

The outcomes need to be acknowledged and actions put in place so that resilience to occurrences like these may be ensured adequately. In the wake of a catastrophic event, there may also be waste & public health consequences.

Adaptation methods must be developed based on the data currently available. These might be some of the possible outcomes.

Floods and sea-level rise must be taken into account while determining the location and position of hazardous waste disposal is critical to the creation of future infrastructure.

Flood-prone areas should not be used to build infrastructure. Concerns about the environment are addressed by the Environment Agency.

Adaptability to climate change impacts compliance management. Emissions reductions through permission, as well as changes to the company’s activities, may be part of the solution.

Cutting Down On Waste Creation

Prioritizing a reduction in greenhouse gas emissions must be approached realistically rather than taking the greenhouse gas produced by waste. Handling facilities activity on waste prevention must be more effective.

Sources Of Power from Waste

Waste minimization and material recycling have been shown to reduce greenhouse gas emissions.

Even when energy savings are taken into account, efficiency still outweighs benefits from any waste treatment system that has been retrieved.

But even though waste avoidance is the most important step, in a time of austerity, it is difficult to promote this idea, as growth and higher consumption are strongly promoted in the USA.

A variety of tools are available to help understand the process of how waste creation affects climate change. The Life Cycle Assessment (LCA) Framework Directive has such a tool for comparing options for waste management that have climate change implications. 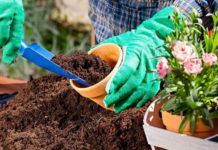 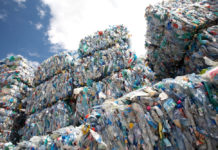 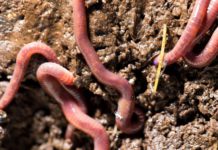