Any object requires force to move.  Energy is omnipresent in this universe and it is this energy that forces us to move about or perform actions. The life force within human beings was recognized even before the advent of modern technology. The human body is believed to have 7 chakras and they are the centers of energy within you maintaining a balance of which would ensure your well-being. Chakra yoga is one of the best ways to ensure that the balance is maintained as well as to get the chakra back into position when it is out of alignment.

Chakra in old Sanskrit translates to the wheel. Similarly, the life force in you or prana is in the form of a wheel that keeps spinning. This form of spinning energy culminates at 7 different centers in your body. They are called the chakras and they are located from the spine upwards to the head. you can consider yourself to be healthy if the 7 chakras are providing you with the right amount of energy for every part of your mind, spirit, and body. However, you may experience a loss of energy when the chakras are either too open or spinning too quickly as well as when it is closed and it is moving closer. Chakra yoga can revert it to the normal state whatever the case may be.

Chakras and their nature

This is first chakra located at base of t spine. Mula means Root and Dhara mean to support. This chakra plays the important role of connecting all your energy to the Earth. It is, therefore, the grounding chakra and is believed to provide you with everything that you will need for survival. It even includes financial and emotional security.

This Sanskrit term translates to the place of the self. When this chakra is in balance, you will be in a state of mind to relish the pleasurable things to the extent that you do not overdo them. The overactive nature of this chakra is considered to be the reason for addiction and overeating gluttony. You can understand that the sacral chakra is out of balance when you seem to enjoy things that are not quite nourishing for the soul or your health. This also leads to hormone imbalances and restlessness.

It translates as a lustrous gem and is supposed to be the birthplace of self-confidence, personal power, and identity. The Manipura starts at the center of the belly button up to the breastbone.  This is considered as the chakra that deals with wisdom, power, and decisiveness. an imbalance in this chakra may result in digestive issues and problems with internal organs.

It translates as Unhurt.  It is the chakra that is associated with love and includes love for yourself, as well as a love for others. The overactive heart chakra implies that you would put the needs of others before yours. This may also result in you losing the personal boundary.

It translates as very pure.  This chakra is between the two collarbones and is associated with speaking your truth. The underactive chakra might shut down the person and prevent him from talking while the overactive chakra is too loud for one to bear.

This translates as beyond wisdom. The third eye is usually associated with Extra Sensory Perception, intuition as well as psychic energy. The location of the third eye is in the center of the forehead between the two brows. If the third eye is balanced you will be incomplete balance with the physical world as well as the material world without being overwhelmed by either of them.

It translates as Thousand petaled. It is one of the chakras that is believed to connect us to the universe  It is therefore termed as consciousness energy that one can feel but is difficult to explain. The chakra is believed to be located at the top of your head. it is supposed to extend infinitely upward as well as outward connecting the energy you have with that of the universe.

Chakra yoga is the practice of opening up the energy centers of the body using yoga postures and practicing control of breath. Achieving a balance of the crown chakra is the ultimate goal of chakra yoga. The nirvana yoga practiced by Buddhists attempts to achieve a balance of this chakra. When you can balance the crown chakra, you are indeed aligning and balancing the other chakras. The kundalini yoga is also synonymous with Chakra yoga because it aims at using the life force that lies between the spine and the crown and is a mixture of technical as well as spiritual aspects of yoga to balance the chakras. Yoga poses are supposed to be the cleansing and balancing tools of the chakras. 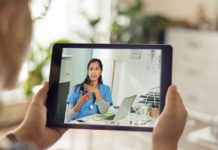 How to Make a Telehealth Appointment 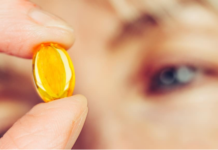 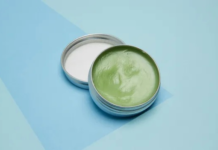