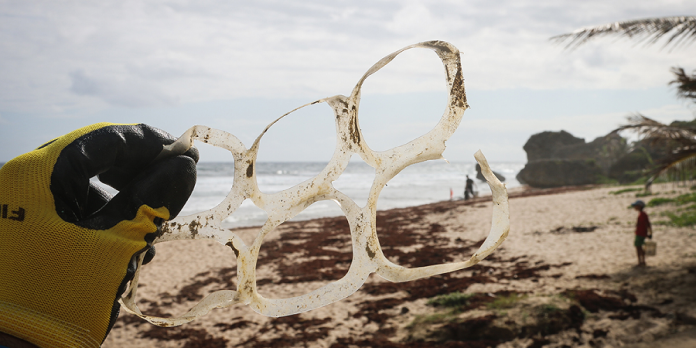 We’ve all heard that plastic pollution has reached shocking levels. However, the statistics below will show you just how bad the situation as become. The eye-openers below might just encourage you to ditch plastic for good. These statistics were sourced from National Geographic and the United Nations – they are hard facts to bear, serving to emphasise the urgent need for action when it comes to plastic production and plastic pollution.

1) Every year, 8 million tons of plastic waste make it into the world’s oceans.

According to National Geographic, that’s as much as setting five garbage bags full of trash on every foot of the coastline around the world. Marine life can ingest plastic waste and die. Marine life can also get tangled up in plastic and become injured or die. Further, if marine life consumes plastic, then the toxic chemicals from the plastic can end up in our seafood sources.

2) Plastic production keeps increasing exponentially and is projected to double by 2050.

In 1950, we produced 2.3 million tons of plastic. By 2015, we were up to 448 million tons. The brakes aren’t hitting on our plastic production anytime soon, so the more we can individually reduce our use of plastic, the better. In fact, 62.7% of All Things Hair readers said they would be participating in Plastic Free July this year. That’s an encouraging number, and perhaps it’s time to join them.

3) Half of our plastics are from the last 15 years.

Half of all the plastics ever made by humans have been made in the last decade and a half. It makes sense, considering how exponential our plastic production has become. However, it shows that we need to slow down immediately if we’re ever going to get ahead of the plastic problem.

4) Some plastics will take at least 400 years to break down.

The plastics that we create are becoming both more flexible and stronger. That’s good news for manufacturers, but bad news for the environment. Because our plastics just keep becoming more durable, they’ll stay in the environment and in landfills for hundreds if not thousands of years.

5) Our whole planet is covered in microplastics.

One of the worst aspects of plastic pollution is due to the way that plastic breaks down. Plastic breaks down into such small particles that we can’t see them. These are known as “invisible plastic” or “microplastics”. These tiny pieces of plastic get into our water supply and food chain. National Geographic states that small bits of microplastic have been found everywhere on the planet, from the peak of Mount Everest to the Mariana Trench. Sometimes microplastics can be so small that they have been found in the air. We are eating, drinking and even breathing in plastic.

Millions of animals die each year because of plastics, mostly the marine life in the oceans, where most of the plastic pollution that we produce eventually ends up. Even plastics that accumulate away from the coasts tend to get blown into rivers, which are then carried out to sea. Almost every type of seabird eats plastic. And endangered species are especially at risk from plastic.

7) 1 million plastic drink bottles are purchased every minute and 5 trillion single-use plastic bags are used annually all over the world.

That’s a lot of plastic to just end up in landfill. Even if we work to recycle these single-use items, plastic degrades and does not recycle forever – often it can only be recycled two or three times, if that. Further, it’s often more expensive to work with recycled materials. A couple of years ago, California’s largest recycling business rePlanet was in the news because it laid off hundreds of employees and closed nearly 200 recycling centres. For many years, the economic feasibility of relying heavily on recycling has been called into question.

8) Half of all plastic is made for single-use only.

Due to our disposable culture and love of convenience, half of our plastic is made to be thrown away. When that plastic also won’t break down for hundreds of years or more, it becomes a real problem. Scientists have suggested that our plastic might serve as a geological indicator of the Anthropocene era. Basically, that means that long after humans are gone, a layer of our trash will reside in the earth like the layer of dinosaur bones did. Cheerful.

9) 60% of our plastic has ended up in landfills or the natural environment.

Despite all the well-meaning notices and adverts about how important it is to not be a litterbug and to remember to recycle, over half of our plastic ends up in landfills or simply being dumped into the natural world. And all that plastic does is amass in higher and higher piles over the years.

It makes sense to recycle your plastic when you absolutely can’t get away from it, but it makes even more sense to ditch using plastic products wherever you can, replacing them with plastic-free alternatives. It’s a simple fix to ditch plastic shopping bags for reusable ones or use mental drinking straws that you can wash and reuse instead of plastic ones.

10) Over 99% of our plastics are produced from chemicals that come from oil, natural gas or coal.

These are non-renewable resources that cause environmental degradation and pollution to manufacture. When you think about it, we’re using finite resources to create single-use containers that will stick around for at least 400 years. Our finite resources are making everlasting waste, while also running out at an alarming rate. The UN states that if these trends continue, by 2050 the plastic industry might account for 20% of the world’s total oil consumption.

With all these staggering facts, maybe now is the time to embrace Plastic Free July. It’s good for the planet, for wildlife and for humanity itself.