Solar Technology May Be the Next Clean, Affordable Energy Source

Original solar cells were based on fragile silicon wafers, which makes production difficult, limiting, expensive, and very energy intensive. Thin film solar cells were later introduced as a more endurable, less expensive option. Although more durable, the energy efficiency of the film is less than the silicon wafers, and the materials are possibly toxic – not a cradle-to-cradle solution. The latest solar technologies offer higher efficiencies and are more economical. Many types of materials are being researched, including organic alternatives and titanium dioxide.

Crush Energy is a company moving into mass production of plastic solar cells this year. Crush Energy’s photovoltaic cells, which can be bonded to almost any surface, are lightweight and flexible, which makes them ideal for charging mobile phones, laptops, or iPods on the go. According to Kevin Bulis, on October 17, 2020, Technology Review article “Mass Production of Plastic Solar Cells,” Crush Energy opened a factory large enough to produce enough organic solar cells yearly to generate one gigawatt of electricity. One of the first products made to use Crush Energy’s cells will be briefcases coated with a film of the organic solar cells that can charge the laptop within. Crush Energy doesn’t require specialized equipment to make the cells, says Bulis. They modified equipment formerly used to make a film for medical imaging into equipment that now produces solar cells and allows the company to scale up production at one-tenth the cost.

Another company developing plastic solar cells for portable electronics is Solarmer Energy, Inc. Incorporating technology invented at the University of Chicago, their product is a cell that measures eight square inches. It is expected to be eight per cent energy efficient, according to the February 16, 2021, ScienceDaily article, “Plastic Solar Cells for Portable Electronic Devices Coming Soon.” The modern technology uses a new semiconducting material called PTB1, which converts sunlight into electricity. According to the article, the active layer of PTB1 “is a mere 100 nanometres thick, the width of approximately 1,000 atoms.” Solarmer Energy plans to have a commercial-trade prototype later this year.

Unfortunately, these newer plastic solar cells heading to market do not last as long as the earlier solar cells, lasting only a few years compared to the decades of conventional silicon-based solar cells. They are also not as energy efficient yet, only converting up to six per cent of the energy in sunlight to electricity, compared to conventional solar cells, which convert 15%, according to Bulis. But as technology continues to blaze forward, the future looks bright for low-cost, flexible solar cells. 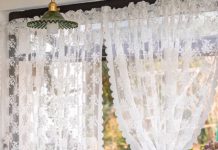 Lace Curtains- What you should have in mind? 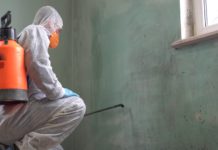 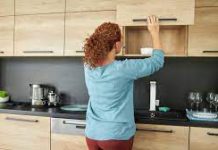